Joint Investigations, as the core business of our organization, aim to tackle trans-border organized crime in SELEC region. They are conducted under the coordination of SELEC Operational Directorate, based on the proposals coming from the Member States’ Liaison Officers or Operational Partners’ representatives.

SELEC Operational Meetings are those meetings attended by law enforcement officers and prosecutors upon the request from at least two Member States, aiming to tackle criminal organizations or individuals acting in the field of trans-border crime. The objective of an Operational Meeting is to exchange additional intelligence, share their own analytical products and to plan future operational and judicial activities on the respective territories of the involved Member States. 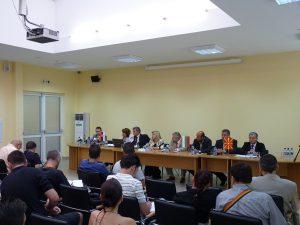 What we do
Reports