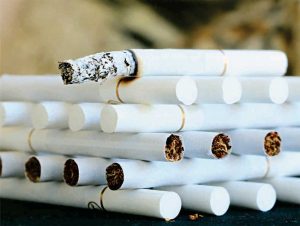 Regional Operation ECLIPSE III was initiated in the framework of SELEC by the Albanian authorities, being conducted in the period 19-30 November 2018, with the participation of all 11 SELEC Member States.

The Operation aimed at monitoring and combating illegal trade, with a focus on smuggling of cigarettes and tobacco related products. Intensive control measures on border crossing points and inland were carried out, by using shared intelligence and jointly coordinated investigations amongst participating SELEC Members.

Over the 10 days’ operational phase of Regional Operation ECLIPSE III, a number of 161 seizures were reported by the Member States. 1650 pieces of information were exchanged during the  regional operation in relation to approximately 41.5 million seized cigarettes, 557 kg of raw tobacco, 362 kg of water-pipe tobacco and 354 kg of smoking tobacco seized.

In order to implement the operational plan, an Operation Coordination Unit (OCU) was established at SELEC Headquarters in Bucharest/Romania. The OCU was functional daily between 09.00 a.m. and 18.00 p.m. (EET) for the entire operational phase. At the same time, for a swift implementation National Contact Points (NCPs) were set up in all participating Member States.