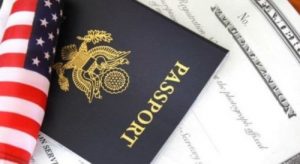 After 12 months of intensive exchange of information through SELEC channel among law enforcement authorities of Republic of Albania, Republic of Bulgaria and The former Yugoslav Republic of Macedonia, on 17th of March 2018 joint investigation PASSPORT on illegal migration was finalized, with 53 persons arrested and 11 persons currently wanted.

Several organized crime groups were dealing with the smuggling of migrants from Republic of Albania to Great Britain, United States of America and Canada, by using forged documents. The Bulgarian authorities managed to dismantle the organized crime group, part of an international criminal network for smuggling migrants, that was producing and proliferating fake documents. During the searches performed various pieces of equipment and ID documents (Bulgarian, Turkish, Danish, Romanian, Spanish) were found, as well as 5114 pieces of fake 100 Euro banknotes.

The activities of the organized crime groups were spread in Republic of Albania, Republic of Bulgaria, Kingdom of Spain, Dominican Republic and United States of America. In the last 2 years they managed to smuggle to Great Britain, USA and Canada over 1,000 migrants, obtaining profits in an average amount of 15 million USD.

The judicial procedures are ongoing.